Progress at Virginia and Thoma

It's been an exciting year thus far for development and redevelopment downtown, not so much for city-funded projects but very much-so for endeavors like Campo, Bowl, CommRow, Siena's re-opening, the completion of Sierra Vista, the list goes on and on.

One of the more exiting projects is happening in Midtown, on the lot bordering Virginia Street, Thoma, and Center Street, plus an alley that cuts through the center of the lot. The lot is a big 'L' shape that cuts behind Rose's cafe.

I don't recall what was on this lot prior, from my memory and time living here it was always vacant land. It was supposed to become Thoma Lofts, but recently the property was bought up by 701 South Virginia Street LLC, i.e. the Carter Brothers who also own Ace Hardware, the building Sup leases, the building Creme is in, the building on the corner of St. Lawrence and Virginia Street, currently under renovation to become two restaurants, rumored to be a yogurt shop, hamburger shop and a coffee shop.

Check out the progress photos below of the Thoma/Virginia project. When it's done, it will be a collection of smaller retail spaces, some freestanding and some connected, fronting a meandering street through the property. The retail spaces will all be small, and designed and priced to appeal to local mom-and-pop shops. The architecture and look and feel will match the surrounding architecture. When I interviewed Tim Carter about the project, he mentioned he wanted this area to be "the pedestrian friendly downtown that downtown used to be". The project will be built out in phases, and when done will comprise 17+ retail spaces. As you can see below, the street is starting to take shape now that the underground utilities have been installed. 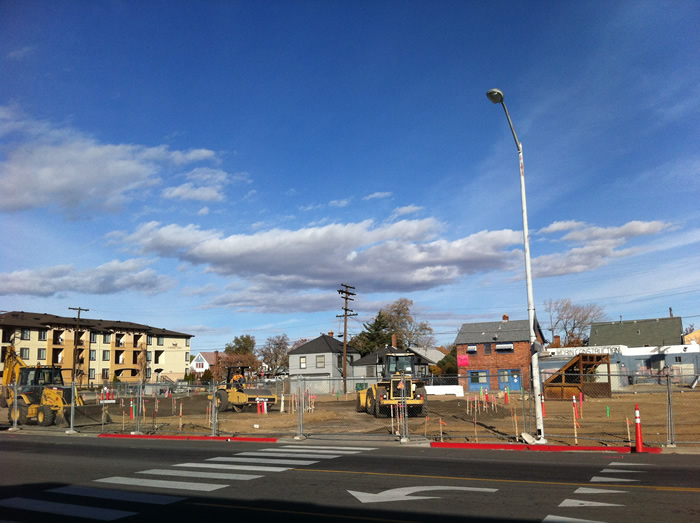 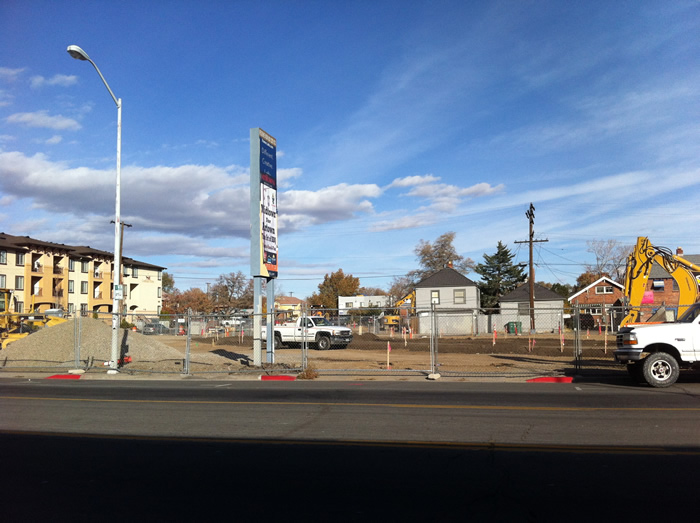 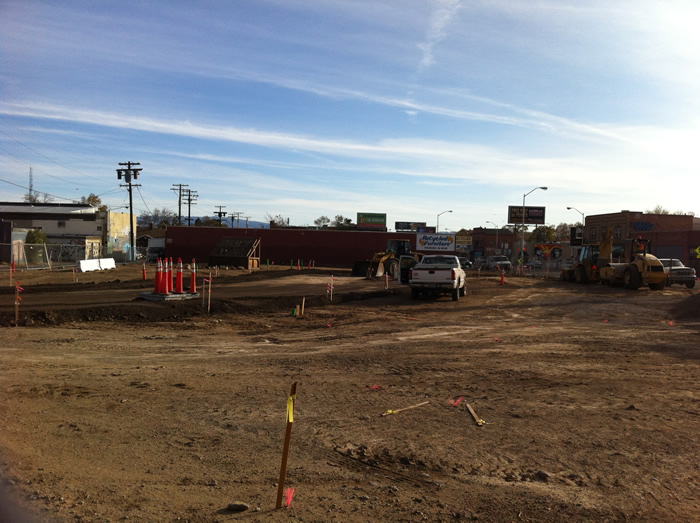 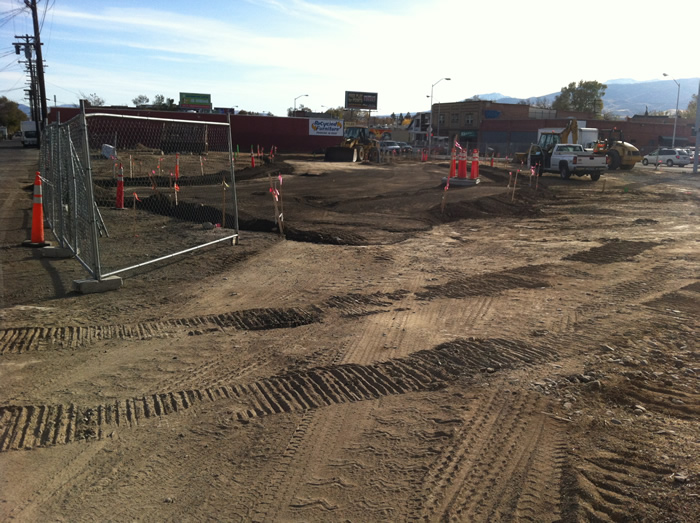