Check it out below! Here's what I know so far:
1. The land was rezoned form residential/mixed use (previously set up for Thoma Lofts) to commercial.
2. The land changed hands from Siena Communities, who was previously going to build Thoma Lofts, to an entity who also owns the CocoBoom building across the street.
3. Major improvements have been made to the CocoBoom building.
4. According to a reader of this site who works in the B of A building and has a view of the lot from her office, site work has been consistent at the Thoma/Virginia lot for the past week.

Mulling around in my mind what it could be, at first I thought it might be a parking lot for one of the Rapid Bus Stations, or because Virginia Street would lose street parking when the bus-only lanes and eventual light rail lanes are implemented, but that's an awful lot of equipment to build a parking lot. But given the commercial rezoning, I am guessing it's some kind of commercial project. My favorite two reader-email guesses thus far:
"They are relocating the Kings Inn here to turn it into an eclectic brothel museum"
"They are building a 40-story high-rise offering luxurious special condos starting at just $350,000 for a 1 bedroom." 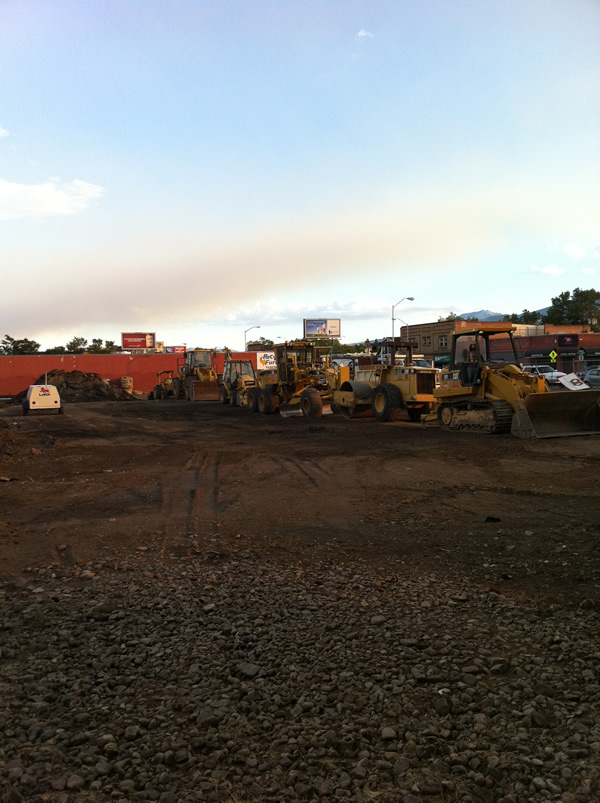 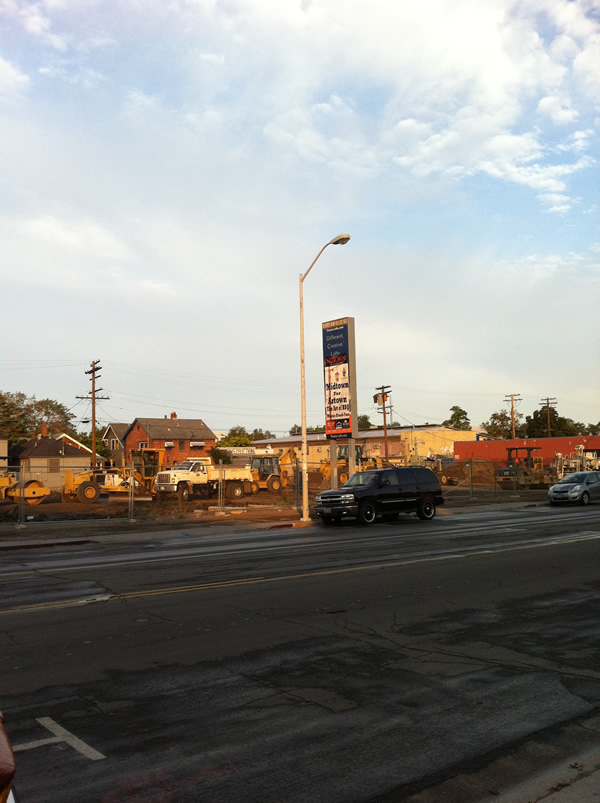